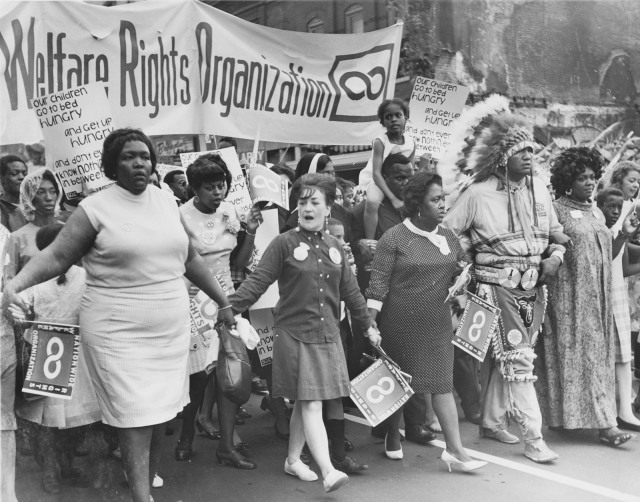 Good morning! It’s a blessing to be with you all and an honor to share your pulpit, particularly on the Sunday before MLK Day. My name is Aaron Scott and I’m one of the co-founders of Chaplains on the Harbor. We are a mission station of this diocese located out on the coast, in Grays Harbor County. We’re a congregation of around 500 poor, homeless, and incarcerated people based in one of the poorest counties in the state, so the way we do church is rooted in collective survival. We run six feeding programs a week, host a cold weather shelter, distribute Narcan (the opioid overdose reversal drug), do street outreach, make weekly jail visits, publish a jail and prison newsletter, offer supportive employment for people getting off the street and out of jail, operate a four acre farm, run a community center, do weekly worship, popular education, and human rights organizing. Last year we settled two federal lawsuits against the City of Aberdeen for violating the human and constitutional rights of homeless people. In our work with the Poor People’s Campaign, we’ve been honored to walk alongside incredible leaders as they’ve made the journey from homelessness, incarceration, and addiction to directly addressing and sharing their truths before the highest levels of governance in this country. We have eleven people on our staff right now, eight of whom are formerly homeless. They have testified before US Senators, attended hearings of the House Budget Committee, and interrogated presidential candidates on the failure of this richest nation in the history of the world to end poverty. Yes, I am bragging on my team. I will always brag on them. Shamelessly!

It is in that spirit that I have been reflecting on today’s reading from Isaiah. It’s a good one for Martin Luther King, Jr. Day—for all the obvious reasons, and for some that may be less obvious. I know later today you all will be studying and reflecting on the Poor People’s Campaign of 1968 (the last campaign of King’s life, and the one for which he was killed), as well as the new Poor People’s Campaign: A National Call for Moral Revival. I serve on the campaign’s National Steering Committee. We are uniting poor communities, faith leaders, and people of conscience all over the country to fight five interlocking and inseparable evils: poverty, systemic racism, the war economy, ecological devastation, and this nation’s distorted moral narrative. This campaign is co-chaired by my mentor, The Rev. Dr. Liz Theoharis, and by Bishop William Barber. This campaign is also carried by the thousands of brilliant minds and devoted hearts of poor people in it. We too often in history look back at social movements and attribute them to just one or two big names. We certainly are often guilty of that on MLK Day. But that is not how social movements happen. What makes a movement is the many, not the one. So I’m going to re-read just a small piece of this Isaiah passage, and then I’m going to read you a story straight out of the history books on the first Poor People’s Campaign.

“Thus says the Lord,
the Redeemer of Israel and his Holy One,

to one deeply despised, abhorred by the nations,
the slave of rulers,

‘Kings shall see and stand up,
princes, and they shall prostrate themselves.’”

I was first introduced to the following history on the first Poor People’s Campaign by the Kairos Center:

“In early February, 1968, Martin Luther King, Jr., was coming to Chicago to meet with [National Welfare Rights Organization founder George Wiley] and his executive board—at NWRO’s demand. It promised to be a showdown. King was planning a ‘Poor People’s Campaign’ for Washington, D.C.—a tactic born in desperation, as the Civil Rights Movement was in shreds. King had failed, during the previous two years, to solve the riddle of further effective action against northern racism and poverty. The new campaign called for thousands of the poor to encamp in Washington, dramatizing the issues for Congress and the country. The campaign needed foot soldiers. Wiley had them—ten thousand paying members in one hundred functioning chapters—and felt that King was trying to divert NWRO members to the Poor People’s Campaign without any recognition of NWRO and its own purposes, program, and strategy.

When King walked through the lobby of the downtown Chicago YMCA on February 3, 1968, he was immediately surrounded by admirers—a crowd seeking to glimpse or touch the famous, charismatic leader. He moved upstairs, with his lieutenants—Ralph Abernathy, Andrew Young, Bernard Lafayette, and Al Sampson—to a meeting-room where Wiley and his thirty-member committee sat waiting. There were place-cards around the big rectangular table so that Johnnie Tillmon would be seated in the center, with Wiley on her right and Dr. King on her left. King would be separated from his lieutenants, who were surrounded in each corner by the welfare-recipient leadership. Tim Sampson characterized Wiley’s seating arrangement as ‘a grand piece of psychological warfare.’

To the ladies, King and the SCLC’s Poor People’s Campaign was a threat. They were angry that King’s lieutenants had moved around the country contacting local welfare rights groups, asking them to join the banner at the cost of abandoning their own welfare-organizing efforts. ‘The women’s concern was that they had a major constituency organization,’ said Sampson. ‘They had created it with their blood, sweat, and tears, and it was something magnificent to them. Not to be recognized was an attack on their very being. And to have it taken away was unthinkable.’

While Johnnie Tillmon presided, holding her grandchild in her lap, King waited quietly until each woman introduced herself. He then began to describe the purposes of the forthcoming Washington campaign. ‘We need your support,’ he concluded.

Then Etta Horn opened the barrage: ‘How do you stand on P.L. 90-248?’ Puzzled, Dr. King looked toward the Reverend Andrew Young, his executive director. ‘She means the Anti-Welfare Bill, H.R. 12080, passed by the Congress on December 15, and signed into law by Lyndon Baines Johnson on January 2,’ interrupted Mrs. Tillmon. ‘Where were you last October, when we were down in Washington trying to get support for Senator Kennedy’s amendments?’ Beulah Sanders held up a copy of the NWRO pamphlet The Kennedy Welfare Amendments.

King was bewildered by the technical discussion of the new law as his staff tried to fend off the women’s hostile questions. Finally, Johnnie Tillmon said, ‘You know, Dr. King, if you don’t know about these questions, you should say you don’t know, and then we could go on with the meeting.’ ‘You’re right, Mrs. Tillmon,’ King replied. ‘We don’t know anything about welfare. We are here to learn.’ The NWRO members proceeded to bring Dr. King up to date on the history of what they saw as welfare repression in Congress and the nation.”

Who is the prophet in this story? Who is posing the challenge to power? Make no mistake: King was devoted to Gospel justice so fully that it cost him his life. But was he alone? Did he find his way there all alone? Or did he have teachers along the way? Did he ever end up having to be led by people who were seen—not by God, but by the powers and principalities of this world—as less important than him?

We like our prophets to be sainted, polite, and safely dead. Too bad for us. That’s not who God sends. Isaiah went around naked and barefoot for three years. We love to read his words but we would probably call the police on him if we met him in the street today. And yet God keeps sending us these messengers anew in each generation. We meet them every day at Chaplains on the Harbor on the streets and in the jails. King himself met them in that upper room of the Chicago YMCA.

The Lord called Johnnie Tillmon before she was born,
while she was in her mother’s womb, God named her.

God made Beulah Sanders’ mouth like a sharp sword,
and hid her in the shadow of God’s hand.

God made Etta Horn a polished arrow,
in his quiver he hid her away.

For all three of these prophets—true revolutionaries who had both nothing and everything to lose, poor Black mothers scapegoated, or as Isaiah might say “deeply despised, abhorred by the nations, the slaves of rulers”—God made sure that a King would see them and stand up. If there is a lesson Dr. King can teach us on this day, let it be this: that the poor stand in their own authority, and have the authority to lead our whole society toward God’s dream of justice and love, and if we want to follow Jesus we need to follow not only the likes of St. Martin but also the likes of St. Johnnie, St. Beulah, and St. Etta.

Catechist Chaplains on the Harbor.
View all posts by aaron →
This entry was posted in Uncategorized. Bookmark the permalink.